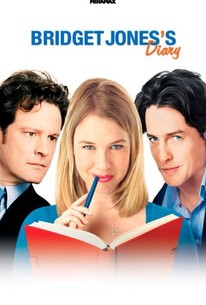 Though there was controversy over the choice of casting, Zellweger's Bridget Jones is a sympathetic, likable, funny character, giving this romantic comedy a lot of charm.

Bridget Jones's Diary: Official Clip - Just As You Are

Based on Helen Fielding's hugely popular novel, this romantic comedy follows Bridget (Renee Zellweger), a post-feminist, thirty-something British woman who has a penchant for alcoholic binges, smoking, and an inability to control her weight. While trying to keep these things in check and also deal with her job in publishing, she visits her parents for a Christmas party. They try to set her up with Mark (Colin Firth), the visiting son of one of their neighbors. Snubbed by Mark, she instead falls for her boss Daniel (Hugh Grant), a dashing lothario who begins to send her suggestive e-mails that soon lead to a dinner date proposition. Daniel reveals that he and Mark attended college together, during which time Mark had an affair with his fiancée. When Bridget finds Daniel cavorting with an American colleague, she decides to change her life with a new job as a TV presenter. At a dinner party, she bumps into Mark again, who expresses his affection for her; when Daniel claims he wants Bridget back, the two fight over who deserves her affections the most. Popular British performers Gemma Jones, Jim Broadbent, and Shirley Henderson appear in the supporting cast. ~ Jason Clark, Rovi

Charmian May
as Mrs. Darcy

Salman Rushdie
as Himself

Julian Barnes
as Himself

Jeffrey Archer
as Himself

Gareth Marks
as Simon in Marketing

Milennia Strings
as The Musicians

Joseph Alessi
as Inteviewer No. 1

Rhydian Jai-Persad
as Interviewer No. 2

Millennia Strings
as The Musicians
View All