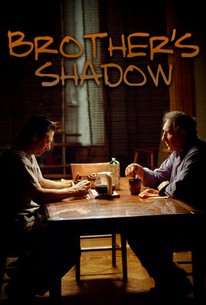 An ex-con trying to put his life back on track turns to his family, but they aren't so sure they want him back in the fold in this independent drama from writer and director Todd S. Yellin. Jake Groden (Scott Cohen) is the black sheep in his family, an alcoholic and habitual felon who has spent 14 years in jail. Jake has always suffered in comparisons with his hardworking twin brother, and when his brother dies unexpectedly not long after Jake is released from jail, he braces himself for an uncomfortable reunion with his family. Jake's father, Leo (Judd Hirsch), makes no secret that he doesn't trust his son, and he recedes into his strong Jewish faith rather than reconnect with his errant son. Jake's sister-in-law, Emily (Susan Floyd), is still coming to terms with the death of her husband and having to raise their son on her own, and she's torn between a resentment of Jake and her attraction to a man who closely resembles the man she still loves. And Adam (Elliot Korte), Emily's son, is curious about the man who vanished from his family a decade and a half before. About the only thing his family will say in Jake's favor is that he's very good with woodworking, and in an effort to mend fences with his father and keep himself on the straight and narrow, Jake focuses his attention to saving the family business, a cabinetry shop that's seen better days. Brother's Shadow received its world premiere at the 2006 Tribeca Film Festival.

There are no featured audience reviews for Brother's Shadow at this time.