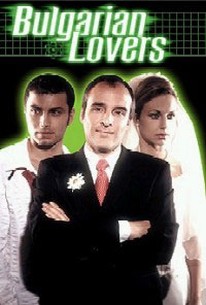 A well-to-do Spanish attorney finds himself in hot water after falling for a shady Bulgarian man in the 2002 comedy-drama, Los novios bulgaros (Bulgarian Lovers). Middle-aged Madrid native Daniel (Fernando Guillen Cuervo, who also helped adapt the script) lives a life of relative comfort and is generally pretty happy with how things have been going for him lately. His one guilty pleasure is frequenting the city's gay quarter looking for men to pick up for an evening of reckless abandon. One night, Daniel meets Bulgarian Kyril (Dritan Biba) and is quickly smitten beyond all hope of reason. Finding out that Kyril is essentially homeless and penny-less, Daniel nonetheless gets him into bed--after buying him dinner--even after Kyril confesses to having a fiancee back in Bulgaria. As Daniel falls deeper in love with Kyril, Kyril takes advantage of the situation by convincing the lawyer to complete various tasks for him, which range from the morally questionable to the highly illegal and dangerous. A more than willing stooge to Kyril's demands--and all too aware of his situation--Daniel resigns himself to following this relationship through to the end, wherever it may lead.

Alejandro Nunez
as Kyril as a Child

Ines Sajara
as Sister No. 2

Antonio Del Olmo
as Husband No. 2

Isabel Ampudia
as Sister No. 1

Alberto Vazquez
as Husband No. 1

Óscar Iniesta
as Emil
View All

There are no featured audience reviews for Bulgarian Lovers at this time.