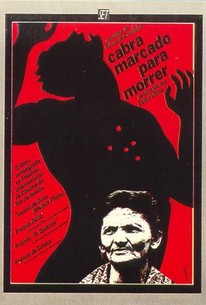 Director Eduardo Coutinho has fashioned an award-winning, innovative, and insightful docudrama inspired at first by determination to tell the story of the 1962 murder of the peasant revolutionary Joao Pedro Teixeira, and then motivated by necessity -- the desire to finish that story nearly 20 years later. When Coutinho first went to a village in the state of Pernambuco in northeastern Brazil to film a dramatization of the events leading up to the murder of Teixeira, he had the real peasants in the drama play themselves in his film. Before he could finish his project, the 1964 military coup stopped it cold and put the film crew in jail for a few days. In 1981, Coutinho went back to Pernambuco and brought a copy of the original material he had shot in 1963/64. As he screened the scenes taken 17 years earlier, he filmed the reactions of the peasants and protagonists to the aspirations they once had, to conditions now gone forever -- and both history and human nature are poignantly revealed. ~ Eleanor Mannikka, Rovi

There are no critic reviews yet for Cabra Marcado Para Morrer (Twenty Years Later). Keep checking Rotten Tomatoes for updates!