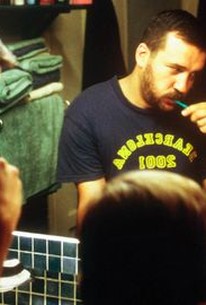 A man tries to leave his wild life behind him for the sake of a young boy in this comedy drama. Pedro (José Luis García Pérez) is a dentist who lives and works in Madrid. Pedro is also a "bear" -- slang for a gay man who is stocky and has lots of body hair. Pedro likes the company of other bears, and enjoys a freewheeling sex life until his sister Violetta (Elvira Lindo) arrives at his door with a special request. Violetta is traveling to India for two weeks, and wants Pedro to look after her son, nine-year-old Bernardo (David Castillo), while she's away. Pedro initially bristles at the idea of playing babysitter, but he soon warms to the situation, and develops a paternal bond his nephew. Pedro also gets some help from Manuel (Arno Chevrier), a former boyfriend who is looking to settle into a stable relationship. When Pedro gets word that Violetta has been arrested in India for drug smuggling and is likely to spend some time behind bars, he realizes that he's going to be stuck with Bernardo for a while -- and to his surprise, he doesn't mind the idea at all. But Doña Teresa (Empar Ferrer), the boy's paternal grandmother, openly disapproves of Pedro's lifestyle, and doesn't want Bernardo staying with his uncle. While Pedro is strictly mindful of his behavior around the house, he occasionally slips out for anonymous sex with fellow bears, and when a detective hired by Doña Teresa catches him in the act, it's an open question if he'll be allowed to have continued custody of his nephew. Cachorro (which translates as Bear Cub) received its American premiere at the 2004 Miami Gay and Lesbian Film Festival.

Juanma Lara
as Aitor
View All

There are no featured audience reviews for Cachorro at this time.