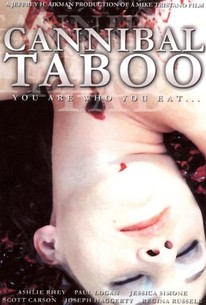 An intrepid explorer rescues a beautiful woman from the African jungle, subsequently taking her as a wife and watching his lifelong dream of marital bliss become a nightmarish mix of evil and depravity. When Cliff Hendricks went to the Amazon jungle, he never expected to find a woman like Janet. Janet was born in the jungle. On the surface it may seem as if she and Cliff have little in common, though before long they've married and started a family. Later, when Cliff is rendered invalid by a rare African virus, Janet cares for her husband while doing her best to raise the couple's four children Luke, Matthew, Paul, and Rebecca. As the years go by, the mystery of the family only deepens; no one seen Matthew since his twenty-first birthday, Cliff and Rebecca rarely leave the house, and Luke is the only sibling to strike out on his own. Upon returning home to celebrate Paul's twenty first birthday, Luke is disturbed to discover that his reclusive brother's only friends are some old marionettes he carved as a child, and that Janet is making due by selling tribal art on the internet. As Rebecca begins experimenting with her sexuality, her father's health takes a turn for the worse. When various objects d'art around the house begin to take on human characteristics, an unnerved Luke suspects that they may be made out of human remains. If that wasn't enough cause for concern, Matthew is nowhere to be found. Later, as a local investigative journalist sets out to prove her theory that the Hendricks family is responsible for a recent rash of ritual killings, the truth about their twisted, satanic lifestyle gradually comes to light.

There are no critic reviews yet for Cannibal Taboo. Keep checking Rotten Tomatoes for updates!