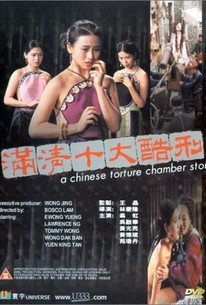 Hong Kong filmmaker Bosco Lam directed this notorious Category III exploitation film from Wong Jing's Workshop which mixes outrageous physical humor, unusual softcore sex, and disturbingly sadistic gore and torture in a distinctly Asian manner. Notable is a kinky parody of the pottery wheel sequence from Ghost and an acrobatic sex scene between Elvis Tsui and Julie Lee which is played out as a slapstick martial arts battle in mid-air set to video game sound effects. The story line concerns the plight of Little Cabbage (Yvonne Yung), who is found covered with blood next to her husband's corpse. Little Cabbage's husband was Got Siu-tai (Tommy Wong), who was so incredibly endowed that his ingestion of a super-aphrodisiac caused his penis to explode, resulting in his death. Brought before a magistrate, Little Cabbage's story is related in flashback, showing how she was hired as a maid by a scholar called Yang Ni-mu (Lawrence Ng). Little Cabbage caught her mistress cheating on Ni-mu one day, and was promptly married off to Siu-tai, who rescued her from her former mistress' lover by beating him senseless in events precipitating his own later death by genital explosion. Yuen King-tan co-stars with Lee Siu-kei. ~ Robert Firsching, Rovi