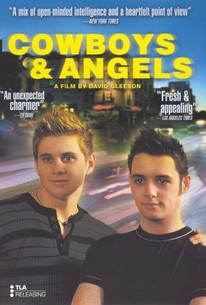 A young man who moves away from his hometown finds a variety of new ideas and dangerous temptations awaiting him in this comedy from first-time director David Gleeson. Shane (Michael Legge) is a man in his early twenties who leaves the small Irish town of his birth and gets a job in the comparatively big city of Limerick. However, he soon discovers that his new position bores him to distraction. Shane also has to get an apartment, and finds himself looking for flats with Vincent (Allen Leech), a stylishly gay college student studying a course in fashion design. While Shane isn't gay, he ends up sharing an apartment with Vincent, and finds himself admiring his confidence and sense of style, not to mention his close friendship with Gemma (Amy Shiels), a beautiful girl who works at a nearby diner. One day, Shane happens upon a cache of drugs, which belong to Keith (David Murray), a neighbor involved in the local heroin trade. Keith discovers that Shane has his dope and soon bullies him into joining his gang, running money and drugs between Limerick and Dublin. Shane is more than reluctant, but knows that working as Keith's mule will pay better than his old job and allow him to follow in Vincent's footsteps and attend art school. Cowboys & Angels was screened in competition at the 2004 Los Angeles Outfest, a festival of gay- and lesbian-themed films. ~ Mark Deming, Rovi

Mairead Crowley
as Doris
View All