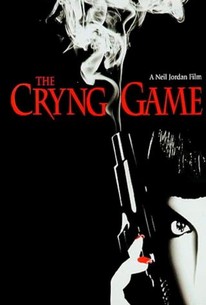 The Crying Game is famous for its shocking twist, but this thoughtful, haunting mystery grips the viewer from start to finish.

In this successful psychological thriller, a reluctant agent of the Irish Republican Army discovers that some people just aren't who you expect them to be. Fergus (Stephen Rea) is an IRA "volunteer" who, despite personal misgivings, takes part in the kidnapping of a black British soldier, Jody (Forest Whitaker), stationed in Northern Ireland. The IRA hopes to use Jody as a bargaining chip to win the release of IRA operatives behind bars, but, while guarding Jody, Fergus becomes fast friends with his prisoner. Jody makes Fergus promise him that if he dies, Fegus will look in on his girlfriend, Dil (Jaye Davidson), and see if she's all right. Jody escapes, and Fergus doesn't have the heart to shoot him; as fate would have it, Jody runs from the woods into a street only to be run over by a British police vehicle, which then flushes out the IRA compound. Fergus escapes to London, where he's wanted by the law for Jody's kidnapping and also by his former girlfriend, IRA operative Jude (Miranda Richardson), who thinks he knows too much to fall into the hands of the British authorities. Good to his word, Fergus tracks down Dil, and soon the two outcasts find themselves entering into a love affair, although Fergus discovers that Dil is not the sort of woman he thought she was. Writer/director Neil Jordan won an Academy Award for his screenplay; the title song, which was a U.K. hit for Dave Berry in 1965, was re-recorded for the film by one-time Culture Club vocalist Boy George with backing by the Pet Shop Boys. ~ Mark Deming, Rovi

News & Interviews for The Crying Game

Critic Reviews for The Crying Game

Audience Reviews for The Crying Game