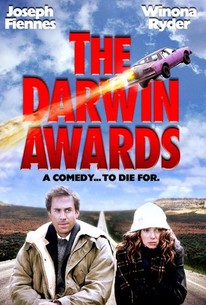 When a San Francisco homicide detective with a keen eye for criminal profiling is fired for botching the arrest of a notorious serial killer, his subsequent effort to reinvent himself as an insurance claims case-investigator leads him to study a series of perplexing wrongful deaths in this comedy starring Joseph Fiennes, Winona Ryder, Tim Blake Nelson, and Wilmer Valderrama. Michael Burrows (Fiennes) isn't your typical detective. Though Detective Burrows is a paranoid obsessive-compulsive who faints at the sight of blood, his remarkable insight into the criminal mindset has nevertheless made him a valuable asset to the San Francisco Police Department. When Detective Burrows' idiosyncrasies allow the feared "North Beach Killer" to elude capture, however, he is fired by his superiors. Upon offering his unique skills to a doubting insurance company, Burrows is given 30 days in which to prove he can sort out the legitimate claims from the false ones. Now, as Burrows makes for the Midwest in the company of hard-nosed field agent Siri Tyler (Ryder), the film student (Valderrama) who has been following the former detective for his thesis follows the pair as they investigate a series of forehead-slapping deaths, including that of a powerful executive who attempts to prove that his high-rise window is unbreakable and a pair of English tourists who fatally misinterpret the "cruise control" function on their rented RV.

News & Interviews for The Darwin Awards

Critic Reviews for The Darwin Awards

Audience Reviews for The Darwin Awards