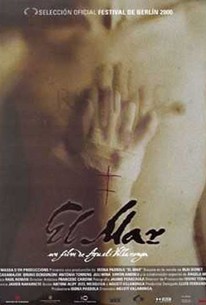 Agusti Villaronga directs this intensely morbid love story about fascist executions, disease, bloody animal abuse, and violent homoeroticism. Set in a small village on the island of Mallorica during the Spanish civil war, four children witness the execution of leftists at the hands of pro-Franco villagers. In a desperate act of revenge, one of the children kills the son of the lead executioner. Ten years later, the three survivors of the incident find themselves recuperating in a sanitarium. Fragile Manuel (Bruno Bergonzini), who suffers from TB, has fervently embraced Christianity, while violent Andreu (Roger Casamajor), who also suffers from the disease, boasts about his womanizing exploits while secretly longing for Morell (Juli Mira), an elderly male black marketeer. The third survivor is Francisca (Antonia Torrens) who, after losing her virginity to Andreu, became a nun working as a nurse at the institute. As the two young men's sickness deepens, they grow increasingly tormented. Manuel violently reacts to his attraction to Andreu by growing even more fanatically religious, while Andreu's sexual frustration results in him brutally killing a cat. This film was screened at the 2000 Berlin Film Festival.

Pere Caminals
as Preso
View All

There are no featured audience reviews for El Mar at this time.