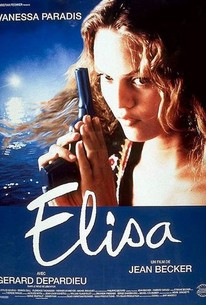 A troubled young woman goes in search of the father she never knew in this French drama. In 1979, Elisa (Florence Thomassin) is an unhappy and unstable woman who -- after trying to strangle her two year old daughter Marie -- kills herself on Christmas Eve. Sixteen years later, Marie (Vanessa Paradis) has grown into a young woman with more than her share of problems; she's wise beyond her years when it comes to men, and she lies as often as she tells the truth. With her friends Solange (Clotilde Courau) and Ahmed (Sekkou Sall), Marie makes her way through a variety of small-time confidence games, but she's obsessed with discovering the identity of her father, who abandoned her after the death of her mother years before. After intimidating a number of civil service workers, Marie learns that her father is Jacques Desmoulins (Gerard Depardieu), a successful but reclusive songwriter who lives on a small island where he uses alcohol to keep him company. Marie makes her way to Jacques' island in the hope of getting even with the man she blames for many of her troubles. Leading lady Vanessa Paradis is also a successful pop singer in Europe.

There are no critic reviews yet for Elisa. Keep checking Rotten Tomatoes for updates!