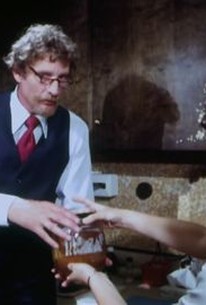 Experience the ultimate in cinematic shock and horror as Dr. Francis Gross (Michael Carr) leads viewers on a guided exploration of that fateful moment when the spark of life is brutally snuffed out. Everybody dies -- it's the fate we all face from the moment we're born. There's simply no escape from the encroaching darkness, and in this film we're offered a firsthand glimpse at the many ways that life can end. From airplane crashes to railway disasters, some of us meet a spectacular end while others fall prey to hungry wildlife predators, an assassin's bullet, or - as in the case of some condemned prisoners - get strapped into the electric chair and blasted into the afterlife with over 2000 volts of pure electricity. With Dr. Gross as our guide, we bear witness to death in its many forms -- even visiting a debauched death cult that mixes the ecstasy of sex with the sweet release of that final moment. Horrific glimpses of animal slaughter reveal the cruelty man can unleash upon creatures lower on the food-chain, and authentic autopsy footage indulges our morbid curiosities about our final stop on the way to the grave.

News & Interviews for Faces of Death

Critic Reviews for Faces of Death

Audience Reviews for Faces of Death