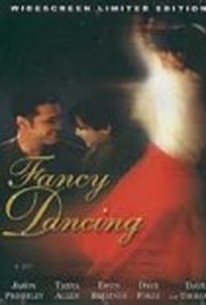 Composer and man-about-town Asa (Jason Priestley) can either be found hard at work writing a new song or trying to pick up women dressed in tails and a top hat. With considerable success in both ventures, Asa has no need to trouble himself with a real job, especially since he is quite capable of getting by on his trust fund. The one responsibility Asa does have is as father to young son Michael (Connor Price), who lives with Asa's ex-wife Charity (Deborah Odell) and her new boyfriend. One night, Asa brings Michael along with him as he hits his usual watering holes and Charity finds out about the adventure after the fact -- prompting the angry woman to threaten the removal of Asa's visitation rights unless the carefree musician straightens out his act. Unwilling to lose his son, Asa takes a job in his uncle Billy's (Dave Thomas) advertising agency and is soon forced to make a choice that may compromise his self-respect. On the other hand, he gets to work with the alluring Karen (Tanya Allen) on the project, which would give Asa the opportunity to get close to his new co-worker. ~ Ryan Shriver, Rovi

There are no critic reviews yet for Fancy Dancing. Keep checking Rotten Tomatoes for updates!

There are no featured audience reviews for Fancy Dancing at this time.