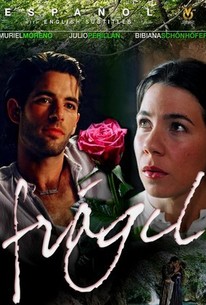 A twenty-five year old country girl and hopeless romantic sets out for the city in search of the childhood boyfriend who never returned to her as promised, in the process finding love with a rising movie star who rejects the frivolity and fakeness of fame. Her mother having died giving birth, Venus (Alicia Perez) grew up with her beekeeper father (Kandido Uranga) in a remote valley deep in the Spanish countryside. Growing up, the only regular visitor to Venus' secluded home was the postman, whose son the young girl gradually fell in love with from a distance. One day, after announcing that he and his father were moving out of the valley for good, the young boy kissed Venus, and promised to return for her. Flash forward sixteen years later, and Venus (Muriel) still lives alone in the valley with her stoic father. She isn't very attractive, and when her father dies, Venus begins to wonder what the future may hold for her. Throwing caution to the wind, she eventually decides to travel to the city in search of her childhood love. But it isn't easy getting by in the city, and in order to make a living Venus accepts a position as a gardener in a run down mansion. Meanwhile, nearby, arrogant young actor David (Julio Perillan) is shooting his latest film, a sexy Hollywood romance titled "Dark Tale." Disillusioned by the tactics that the local movie bosses are employing in an attempt to turn him into the next big box-office draw, David is immediately drawn to Venus' unguarded sincerity, and an unlikely romance begins to develop between the pair. But is David the same boy who never returned to Venus as promised? As the ladies who live in the mansion and David's agent watch in disbelief, the homely country girl and the handsome movie star enter into a romance that quickly becomes the talk of the town. ~ Jason Buchanan, Rovi

There are no critic reviews yet for Fragil. Keep checking Rotten Tomatoes for updates!

There are no featured audience reviews for Fragil at this time.