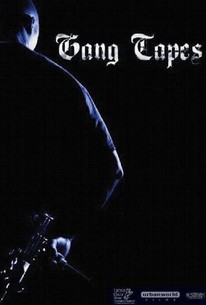 A normal kid growing up in a bad neighborhood is drawn into a life of crime in this mock-documentary, which purports to be the videotaped document of a 13-year-old boy from Watts who grabs a camera while his friends carjack a group of tourists and begins taping what is going on around him. Kris (Trivell) is the son of a single mother (Sonja Marie) who is strong and caring, but is overworked and isn't able to keep a close watch over her son. Kris falls in with Alonzo (Darris Love), an older teenager who runs with a gang that deals drugs and dabbles in armed robbery. As Kris begins to develop a taste for the criminal lifestyle, Cyril (Darontay McLendon), an older member of the gang, is sprung from jail and returns to the streets. Alonzo may be a junior-league gangbanger, but Cyril is the real thing, and as Kris becomes a full-fledged member of the gang, under Cyril's tutelage he and his friends advance from dope deals and petty theft to drive-by shootings and worse. Director Adam Ripp and screenwriter Stephan Wolfson based their screenplay on extensive interviews with members of L.A. street gangs, their relatives, and L.A.P.D. officers who've worked with gangs.

Bradrick Walker
as 8 Ball
View All