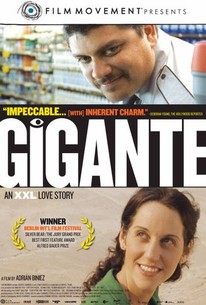 A supermarket security guard forms a powerful fixation on the pretty cleaning woman who scrubs the aisles during the graveyard shift in this deeply personal tale of obsession and voyeurism from first-time feature filmmaker Adrian Biniez. When the sun goes down, Jara (Horacio Camandule) clocks in to monitor the security cameras at a suburban Montevideo supermarket. The job can be pretty dull at times, so in order to keep himself occupied, Jara often passes the time watching videos, doing crossword puzzles, and playing music. One night, as Jara glances at the monitors, pretty cleaning woman Julia (Leonor Svarcas) wanders into frame and the portly security guard is immediately transfixed. With each passing day, Jara's fixation on Julia grows stronger, to the point where he eventually begins following her outside of work, as well. Before long, Jara's entire life is centered on Julia's daily routine; he watches as she lounges on the beach, goes to a movie, and even as she meets with another man. When rumors of layoffs begin circulating around the supermarket and Jara discovers that Julia is one of the workers about to be handed her walking papers, the smitten security guard must choose between letting go of his obsession and laying bare his suppressed feelings for the object of his affections, or remaining silent and letting his one chance at happiness slip away.