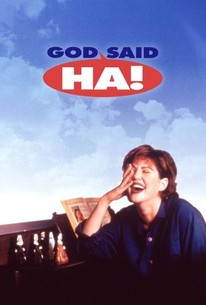 Julia Sweeney (Saturday Night Live) wrote and directed this one-woman show, an 85-minute emotional monologue, originally performed on Sunday evenings at the Un-Cabaret, a weekly alternative comedy showcase at LunaPark (West Hollywood). Expanded into a 1996 stage production, directed by Greg Kachel (now the film's co-producer), the show went to Broadway, followed by this filmed record (shot in two days). Divorced in 1995, Sweeney moved into her Hollywood bungalow with her three cats. One month later her younger brother Michael was diagnosed with terminal cancer. Her conservative parents left Spokane and moved into her bungalow along with Michael, and Sweeney had to cope with chemo and radiation treatments, doctors, and a variety of LA bureaucrats. Tragically, just before her brother's death from cancer, Sweeney was herself diagnosed with cervical cancer and was forced to cope with the disease from a different perspective. Impersonating her entire family, Sweeney recalls sleeping on her sofa bed, finding beer in her kitchen, and how daily routines with her parents led her on a guilt trip into her past. Executive producer Quentin Tarantino, who financed God Said, Ha!, makes a brief cameo appearance at the conclusion. Sweeney also wrote her material into a book, God Said, Ha!; A Memoir, published by Bantam in 1997. The title is taken from a greeting card a close friend once sent Sweeney during an illness. Shown at Austin's 1998 SXSW Festival.

Julia Sweeney
as Herself

Quentin Tarantino
as Himself