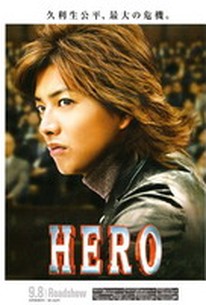 Bayside Shakedown producer Chihiro Kameyama returns with this crowd-pleasing comedy drama spawned by the hit television series detailing a renegade district attorney's efforts to target political corruption in the bustling metropolis of Tokyo. Kohei Kuryu (popular singer Takuya Kimura) is a stereotype-shattering prosecutor who prefers jeans and flannels to the typical suit and tie. Previously exiled to a position in a nearby town, Kohei returns to the Josai branch of the Tokyo's public prosecutor after a six-year absence. While his smitten assistant Maiko initially chides Koei for failing to stay in contact, the truth is that she's thrilled to see him return. Soon enough, Koei is taking on his first new case - an apparently open-and-shut trial involving a security guard who has pleaded guilty for manslaughter after killing a man during a late night argument. The case gets complicated, however, when the accused guard suddenly changes his plea to not guilty. When Koei discovers that the guard is a pivotal figure in the alibi of a former transportation minister (Kazuyoshi Morita) suspected of pocketing a major kickback that very same night, the lawyer and his assistant set out in search of the security guard's missing van - the one piece of evidence that could make or break the entire case. ~ Jason Buchanan, Rovi

There are no critic reviews yet for Hero (Hi ro). Keep checking Rotten Tomatoes for updates!

There are no featured audience reviews for Hero (Hi ro) at this time.