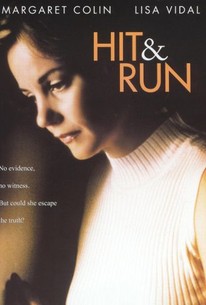 The life of affluent and well-connected wife and mother Joanna Kendall (Margaret Colin) begins to unravel when, while driving her car on a rainy day, she accidentally strikes down an eight-year-old child. Her first impulse is to leave the scene of the accident and search for medical assistance. When she returns, a crowd has gathered, angrily demanding justice against the "hit and run" driver who left the little girl without coming to her aid. Panicking, Joanna decides not to alert the authorities of her responsibility; nor is she able to tell her husband Doug (Drew Pillsbury), despite a half-hearted effort to confess. Only through the intervention of female police officer Lt. Rico (Lisa Vidal) is there any hope that the truth will out--and that Joanna will be able to redeem herself. During production of this made-for-TV drama, the fate of the young accident victim was not decided upon until the last day of filming, as the producers debated over the extent of audience sympathy they wanted to engender for the guilt-ridden Joanne Kendall. Clearly inspired by Crime and Punishment (as noted by more than one contemporary TV critic), Hit and Run originally aired January 11, 1999 on the Lifetime channel.

David Drummond
as Off. Mike

Critic Reviews for Hit and Run

There are no critic reviews yet for Hit and Run. Keep checking Rotten Tomatoes for updates!

Audience Reviews for Hit and Run