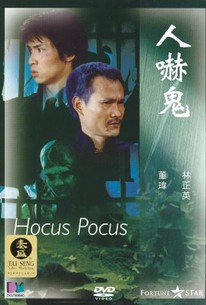 A traveling opera troupe has a spooky encounter in this supernatural chiller from Hong Kong director Chien Yu-Sang. The morning after a successful performance in a small remote village, the troupe awakens to find that their receptive hosts were in fact ghosts. As the members of the troupe attempt to out-spook one another with various tales of frightful encounters, a real ghost makes himself known by pulling a series of elaborate pranks on the hapless actors. When his practical jokes begin to affect the actor's performances, actor Chin blows his top until the ghost takes possession of his body. Following a curious exorcism by his fellow actors, troupe leader Uncle Sheng (Lam Ching-Ying) collects his troupe and puts on a play depicting the popular Chinese Opera figure Judge Bao Zheng. A judge who is told to try human cases during the day and spirit cases when night falls, his appearance attracts the attention of the ghost, who explains to the judge that his bones are buried under the theater. Upon digging up his bones and giving them a proper burial, the troupe awakens another, more malicious entity. Donning their Peking Opera costumes and stocking up on dog's blood for the fearsome battle that lies ahead, the troupe prepares to take their last stand against the spirit world.

Alice Lau
as as Nga-Lai Lau

There are no critic reviews yet for Hocus Pocus. Keep checking Rotten Tomatoes for updates!

There are no featured audience reviews for Hocus Pocus at this time.