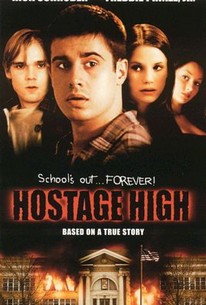 An angry and unstable youth lashes out against the school he believes has destroyed his future in this made-for-TV drama inspired by a true story. Jason Copeland (Rick Schroder) is a teenager teetering on the edge of emotional collapse; he was kicked out of high school for poor grades, he hasn't been able to find a job, and living at home with his bitter and demanding mother has become intolerable. One day, Jason snaps and decides to take revenge against the teachers who he believes ruined his life. He grabs a couple of guns and a stockpile of ammunition and invades his old high school, killing several teachers and students and then taking 62 kids hostage. Among the students being held at gun point are Aaron (Freddie Prinze Jr.), a bright but rebellious student who is having his own problems at school, and Samantha (Katie Wright), whose father is a deputy with the local police department. As Skip Fine (Henry Winkler), generally regarded as less than the brightest penny in the local police force but the only one with training in hostage negotiation, tries to talk Jason out of taking any more lives, Aaron and Samantha try to convince Jason from the inside that letting the students go and giving himself up would be the best thing to do. Hostage High was originally screened on American television under the title Detention: The Siege at Johnson High.

There are no featured audience reviews for Hostage High at this time.