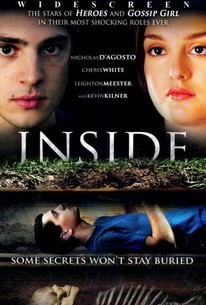 When a young man with a disturbing hobby of following strangers winds up in the home of a grieving couple who has recently lost their young son, and innocent game of discovery turns into a disturbing voyage into desperation, despair, and insanity in this thriller starring Heroes' Nicholas D'Agosto and Gossip Girl's Leighton Meester. Alex (D'Agosto) and his best friend Josie (Meester) have made a game out of following complete strangers. One night, driven by an insatiable sense of curiosity, Alex takes the game too far and sneaks into a suburban home. The situation quickly becomes complicated when the couple that lives there discovers the young intruder. Much to Alex's surprise, the couple does not phone the police, but becomes increasingly fascinated with the boy as a result of his resemblance to their dead son Timmy. As delusion begins to take hold, the grieving couple to eventually comes to believe that Alex really is Timmy. Now trapped in the house with no means of escape, Alex will have to rely on his best friend Josie if he holds out any hope of escaping his captors and reclaiming his true identity.

News & Interviews for Inside

The 13 Fiercest Moms in Horror
View All

Critic Reviews for Inside

Audience Reviews for Inside