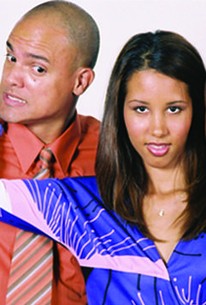 A politically correct accountant and a womanizing real-estate agent find their lives suddenly thrust into chaos as their generally reliable roommate announces plans to leave while handing over his keys to a beautiful actress and model from New York in a topical comedy about just getting along in life. Despite their current status as housemates, Royce (Ben Watkins) and Damien (Laz Alonso) couldn't be any less alike. Royce is a conservative numbers man whose relationship with a longtime girlfriend has just gone bad, and Damien is an opinionated playboy to whom the word "commitment" simply does not compute. When Royce and Damien's housemate Will (Mailon Rivera) announces that he has found a job in New York and that emerging actress Toni (Shawna Rodgers) will be taking his place on the lease, the duo who can't seem to agree on anything are strangely connected by their mutual discomfort with the situation. Despite some initial misgivings that make adjusting to life on the West Coast somewhat difficult for the former New Yorker, the arrival of Toni's outspoken best friend Nicole (Barri Whittaker) ultimately proves the connecting factor that can bring the reluctant new roommates together during the turbulent transitionary period. Todd Bridges and Reynaldo Rey co-star in a film that's all about dealing with the hand dealt to you by life, no matter how strange it may seem when the cards are first revealed.

There are no featured audience reviews for Issues at this time.