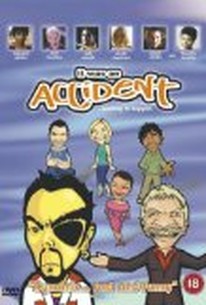 It Was an Accident

It Was an Accident Ratings & Reviews Explanation

An ex-con tries to go straight, but finds that nearly everyone who knows him has other plans in this darkly comic crime story. Nicky Burkett (Chiwetel Ejiofor) grew up in the rough-and-tumble North London community of Walthamstow, where he slid into a criminal career as a lad that landed him in prison. After five years behind bars he's eager to start his life over on the right side of the law, but Nicky hasn't been on the streets very long when he realizes his friends and family haven't gotten the message that he's gone straight. Nicky's buddies get him mixed up in a robbery at a post office from which he only narrowly escapes, and Vernon (James Bolam), a veteran mobster, asks him if he's interested in knocking someone off for money. Mickey (Max Beesley), an aspiring crime tycoon, offers Nicky a job with his organization, while Rameez (Sidh Solanki), another London gangster, tenders a similar offer -- suggested by Sharon (Jacqueline Williams), Nicky's sister (and Rameez's girlfriend). Meanwhile, Nicky's own significant other, Kelly (Nicola Stapleton), breaks the news to him that she's found someone else and is breaking it off with him. Nicky already has his eye on another girl, Noreen (Thandie Newton), but her policeman father George (Hugh Quarshie) doesn't trust Nicky as far as he can throw him. It Was an Accident features an original score by jazz saxophonist Courtney Pine. ~ Mark Deming, Rovi

Critic Reviews for It Was an Accident

There are no critic reviews yet for It Was an Accident. Keep checking Rotten Tomatoes for updates!

Audience Reviews for It Was an Accident

There are no featured audience reviews for It Was an Accident at this time.

It Was an Accident Quotes