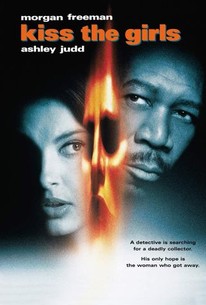 This thriller is adapted from the 1995 novel by James Patterson about a serial killer prowling a Southern university. Washington, D.C., forensic psychologist Dr. Alex Cross (Morgan Freeman) is also a best-selling author. After his niece Naomi (Gina Ravera) is reported missing, he heads his Porsche for Durham, North Carolina, where eight young women have been reported missing. Bodies are found by local policemen (Cary Elwes and Alex McArthur), along with the killer's signature, "Casanova." Casanova is a "collector" of strong-willed women who are forced to submit to his demands. Soon, local doctor Kate McTiernan (Ashley Judd) is abducted from her home and taken to a dungeon -- where other women are imprisoned in underground chambers. After McTiernan succeeds in escaping, she joins Cross and other detectives in the search for Casanova -- a trail that leads to Los Angeles, where similar crimes are being committed by someone known as "The Gentleman Caller." Are these two criminals in competition with each other or are they working together? ~ Bhob Stewart, Rovi

Tony Goldwyn
as Will Rudolph

Robert Peters
as Agent on Robe

News & Interviews for Kiss The Girls

Critic Reviews for Kiss The Girls

Audience Reviews for Kiss The Girls