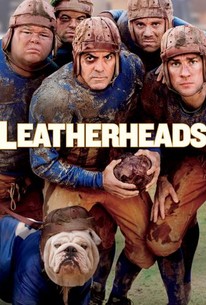 Despite a good premise and strong cast, this pro football romcom is half screwball and half fumble.

Dodge Connolly, a charming, brash football hero, is determined to guide his team from bar brawls to packed stadiums. But after the players lose their sponsor and the entire league faces certain collapse, Dodge convinces a college football star to join his ragtag ranks. The captain hopes his latest move will help the struggling sport finally capture the country's attention. Welcome to the team Carter Rutherford, America's favorite son. A golden-boy war hero who single-handedly forced multiple German soldiers to surrender in WWI, Carter has dashing good looks and unparalleled speed on the field. This new champ is almost too good to be true, and Lexie Littleton aims to prove that's the case. A cub journalist playing in the big leagues, Lexie is a spitfire newswoman who suspects there are holes in Carter's war story. But while she digs, the two teammates start to become serious off-field rivals for her fickle affections. As the new game of pro-football becomes less like the freewheeling sport he knew and loved, Dodge must both fight to keep his guys together and to get the girl of his dreams. Finding that love and football have a surprisingly similar playbook, however, he has one maneuver he will save just for the fourth quarter.

Craig A. Meyer
as Chicago Reporter