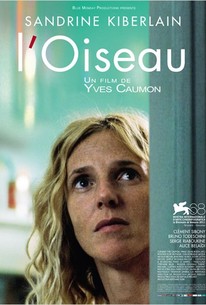 A lonely soul finds solace with another creature struck by bad luck in this drama from French filmmaker Yves Caumon. Anne (Sandrine Kiberlain) is a woman working for a catering service in Bordeaux who keeps the world at arm's length -- though a charming and good looking co-worker (Clement Sibony) makes it clear he's interested in her, she shrugs off his advances, and prefers to spend her time alone. As it happens, Anne is still dealing with the emotional fallout from the death of her son and the collapse of her marriage after she and her husband (Bruno Todeschini) could not come to terms with their grief. When Anne finds she can't sleep due to a strange noise in her apartment, she discovers a pigeon is trapped in the rain gutters outside her window, and when she helps the bird free itself, it makes its way into her home. Before long, the pigeon had taken up residence in Anne's flat, and for the first time since her son's death she finds herself able to relate comfortably to another living thing. L'oiseau (aka The Bird) was an official selection at the 2011 Venice Film Festival. ~ Mark Deming, Rovi

Critic Reviews for L'oiseau (The Bird)

Audience Reviews for L'oiseau (The Bird)

There are no featured audience reviews for L'oiseau (The Bird) at this time.