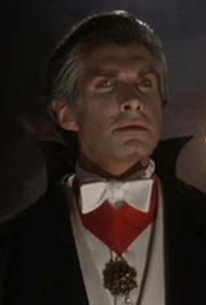 George Hamilton confounded his detractors by turning in a first-rate comic performance in Love at First Bite. Hamilton plays Count Dracula, who is evicted from his Transylvanian domicile when the Communist government decides to nationalize his castle. With faithful toady Renfield (Arte Johnson) at his side, Dracula heads for the Big Apple, where he finds the vampire pickings radically different from those on his home turf: for example, ol' Drac suffers the mother of all hangovers when his sinks his fangs into the neck of a wino. Klutzy Cindy Sondheim (Susan Saint James) falls in love with Dracula, not fully aware of his colorful background. But Cindy's stuffy fiance Dr. Jeff Rosenberg (Richard Benjamin), a descendant of Dracula's perennial foe Professor Van Helsing, knows what Dracula's up to and does his best to thwart the vampire's plan. This proves very difficult, since such time-honored remedies as the stake through the heart are frowned upon by the New York City authorities. So successful was Love at First Bite that Hamilton was encouraged to have a satiric go at another literary icon in 1982's Zorro, the Gay Blade.

Ronnie Schell
as Gay in Elevator

Beverly Sanders
as Lady in Elevator

Hazel Shermet
as Lady in Elevator

Jerold Pearson
as Hippie in Customs