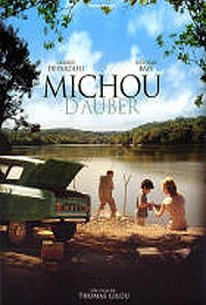 It is 1960. France encroaches on the wrap-up of the Franco-Algerian war, but for Gallic patriot and military veteran Georges (Gerard Depardieu), intense memories linger of hand-to-hand combat, and every Muslim - in France or abroad - is thus a potential enemy. Georges and his wife, Gisèle (Nathalie Baye) grow desperate for children given their inability to conceive, and have attempted to adopt on several occasions, with no success. On a note of great irony, the attempts finally pay off - with a little raven-haired Muslim boy named Mahmoud (Samy Seghir). Realizing that Georges will never permit this, Gisèle thus sets about disguising the tot as a WASPish European child - carting him back to their home in sunny Berry, France, she dyes his hair blonde, changes his name to Michel, and promptly informs him that he hails from Northern Europe instead of Algeria. So begins the nostalgic drama Michou d'Auber - a film-a-clef for screenwriter Messamoud Hattou, based very loosely on a glossy version of his own childhood. As the picture unfurls, George sets about instilling in the child French linguistics, French patriotism, and stark worship of the patriot Franco general Charles de Gaulle - little recognizing the deception or the ethno-cultural schism that linger before his eyes. ~ Nathan Southern, Rovi

There are no featured audience reviews for Michou d'Auber at this time.