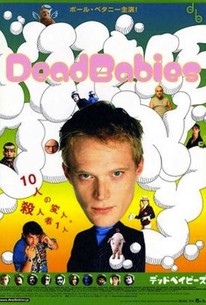 A group of wealthy bohemians clash with each other as they're targeted by a gang of murderers in this dark comedy-drama based on the novel by Martin Amis. Upper class bohemian Giles (Charlie Condou), whose biggest worry in life seems to be the state of his teeth, has inherited a large estate from his family, and one weekend he invites large group of friends to join him for a weekend of drug-fueled debauchery. Ennui-stricken Cecilia (Olivia Williams), her hulking boyfriend Andy (Christian Solimeno), high-strung Quentin (Paul Bettany), his spouse Cecilia (Alexandra Gilbreath), hygiene-challenged Keith (Andy Nyman), unstable Skip (Kris Marshall), man-hungry Roxanne (Hayley Carr), drug-dealing Marvel (William Marsh), and Lucy (Katy Carmichael), who has been involved with most of the men in attendance, all settle in for a few days of conversation, free love, and good not-so-clean fun. But the revelers are unaware that the Conceptualists, a murderous terrorist organization, have staked out the mansion, and soon they're receiving messages from someone called Johnny, who makes clear his intentions to kill them all. Dead Babies was the center of a minor controversy at the time of its release in the United Kingdom; director and screenwriter William Marsh openly feuded with producer Richard Holmes after Holmes re-edited the picture against Marsh's wishes.

Lane Lesley
as Sister
View All

There are no featured audience reviews for Mood Swingers at this time.