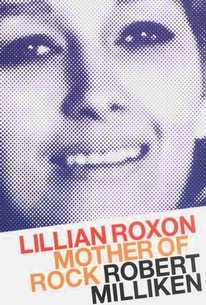 Lillian Roxon was a woman ahead of her time, a journalist, music critic and feminist who embraced the social and political upheaval of the 1960s and '70s long before it was fashionable. Roxon grew up in a Jewish household, and her family moved from Poland first to Italy and then Australia to escape persecution during World War II. After studying journalism and falling in with a bohemian crowd in Sydney, Roxon became a New York correspondent for the Sydney Morning Herald in 1962; while covering news stories, she also began writing about pop music and the Big Apple's demimonde. Roxon was a friend and colleague of Germaine Greer, author of the pioneering feminist manifesto The Female Eunuch, and she began writing about music and politics for a number of journals while becoming a fixture at Max's Kansas City, a New York nightspot favored by Andy Warhol and his "superstars." In 1969, Roxon published Lillian Roxon's Rock Encyclopedia, one of the first intelligent and thoughtful books about the rock & roll, and she became a vocal supporter of early glam and proto-punk acts such as Lou Reed, David Bowie and Iggy and the Stooges. However, poor health would put an early end to her career, as she succumbed to asthma in 1973. Filmmaker Paul Clarke profiles this smart, funny, acerbic woman and her impressive legacy in Mother of Rock: Lillian Roxon, which includes interviews with Alice Cooper, Iggy Pop, Germaine Greer, Danny Fields, Helen Reddy, Lisa Robinson and many more. Judy Davis narrates.