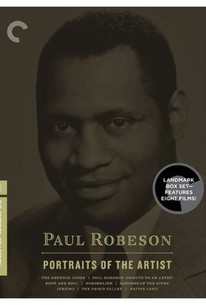 The exigencies of the first Hollywood "Red Scare", fomented by the Martin Dies committee, prompted the US Senate Civil Liberties Committee to produce Native Land, a 1942 paean to the Four Freedoms. Narrated by Paul Robeson, the film employs a cast of familiar if not stellar character actors in a story of how certain enemies within the US have done their best to suppress their fellow citizens' rights to freedom of speech, freedom of religion, freedom of assembly and freedom from want. The villains are the usual run of fat-cat capitalists, bigoted "patriots" and strikebreakers, while the heroes and heroines are farmers, sharecroppers, union leaders, minorities and the like. The screenplay leans towards the dogmatic at times, but the actors are sincere and the rousing musical score by Marc Blitztein (and old hand at this sort of agit-prop entertainment) is first-rate. Not suprisingly, many of the contributors to Native Land--Art Smith, Howard Da Silva et. al.-ended up being blacklisted during the Communist "Witch Hunt" of the 1950s.

Fred Johnson
as The Farmer

Mary George
as The Farmer's Wife

Vaughn King
as Wife of President