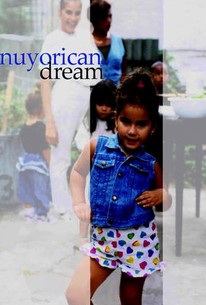 Laurie Collyer directs this bleak documentary about the underside of the American dream, fraught with drugs, jail, and abject poverty. Filmed over a five year period, Robert Torres, the eldest of child of the five Torres kids, is the only one to escape his poor Brooklyn upbringing. He graduated from high school, went to college, and landed a job as a teacher and administrator in a bilingual school for disadvantaged kids. Others from the Torres clan have been less successful. Eldest sister Betty, who is strung out on crack and heroin, disappears for long periods of time. Tati, who is similarly addicted, ventures to Florida in order to dry out but ultimately remains hooked on smack. At the film's outset, younger brother Danny gets paroled from Riker's Island at the age of 23. Though he swears that he's finished with a life of crime, he soon finds himself in a maximum-security prison when lawful employment does not materialize. Only the 13-year-old Milly has managed to resist the abyss. Robert, who takes a strong interest in Milly's life, bluntly sums up her options -- "education or the street." In the meantime, their ailing mother, who was orphaned in Puerto Rico and who lived a life of even more grinding poverty in her native land, raises her children with only meager means. This film was screened at the 2000 Sundance Film Festival.

There are no featured audience reviews for Nuyorican Dream at this time.