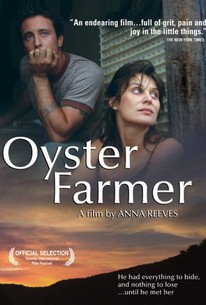 A young man has a hard time getting crime to pay better than honest work in this comedy-drama from Australia. When Jack Flange (Alex O'Lachlan) gets word that his sister Nikki (Claudia Harrison) has been in a serious auto accident, he leaves his home in Sydney and travels to the small seaside community where she lives. Money is tight for Nikki, so Jack looks for a job to help out; however, the best he can do is working for Brownie (David Field), who runs an oyster farm with his father Mumbles (Jim Norton). Jack soon learns that oyster farming is tough, physically punishing work, and while Brownie would be a difficult boss on the best of days, the fact that his ex-wife Trish (Kerry Armstrong) has opened a competing business has made matters significantly worse. Wanting more money and less labor, Jack steals a cache of money from an armored car, and to help cover his tracks mails the cash to himself. However, when the money never arrives in the mailbox, Jack wonders if someone has made off with his ill-gotten gains -- and if the law might be after him.

Ian Johnson
as Oyster Farmer No. 1

Peter Johnson
as Oyster Farmer No. 2

Brian Howarth
as Barney
View All