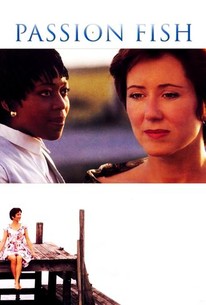 John Sayles' immediate and unsentimental tale of growing respect and affection between a paraplegic and her straight-talking nurse stars Mary McDonnell as soap-opera actress Mary-Alice Culhane. After an automobile accident, she discovers herself paralyzed in a hospital bed. Sinking into depression, Mary-Alice rages against the other patients and the medical staff. Eager to be rid of her, the doctors allow her to leave the hospital and return to her girlhood home in the Louisiana bayou. Back home, Mary-Alice frightens off a succession of home-care nurses until a young black woman named Chantelle (Alfre Woodard) arrives to give the job a try. Chantelle is as strong-willed as Mary-Alice, and they constantly clash until Mary-Alice begins to soften a bit. Chantelle then discovers Mary-Alice is a recovering drug addict. Since Mary-Alice has sunken into alcoholism under the weight of her paralysis, they form a common link that binds them together. When visitors begin to come around -- particularly Rennie (David Straithairn) for Mary-Alice and local cowboy Sugar LeDoux (Vondie Curtis-Hall) for Chantelle -- the women realize they must learn to overcome their distrust of people and give a little of themselves to get a bit closer.