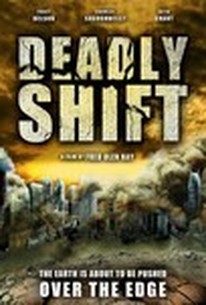 A disgraced scientist becomes the planet's only hope after a series of rogue nuclear tests by the Iranian government causes serious damage to the Earth's magnetic field. David Terran is the author of numerous bestsellers concerning the dangers of Earth's magnetic fields, yet his highly controversial theories have made him the laughing stock of the entire scientific community. Even Martin Ward, David's best friend and former lover, has completely rejected the author's ideas as outlandish and unfeasible. Realizing that he will never get the respect that he's due, David abandons his career in science and disappears into a secluded cabin to live with his elderly father. Meanwhile, in Iran, the government begins conducting a series of nuclear tests that upset the delicate balance of nature. Suddenly, solar radiation levels are spiking and earthquakes are causing monumental damage across every continent. Left with no other choice than to assume that David's bizarre theories may somehow be coming true, the U.S. government tracks him down and implores him to save the planet. But in order to succeed David will need the help of the one person who once mattered most to him, the same man who would never believe him. Perhaps if David and Martin can finally mend the wounds of the past, they can summon the strength to save all of mankind.

There are no featured audience reviews for Polar Opposites at this time.