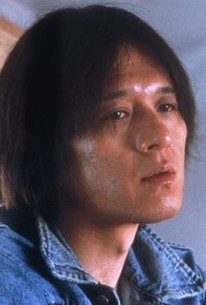 While Quitting is an honest and intimate look into the world of one man's struggle with drug addiction, the subject matter is better suited for the small screen.

Following up on his award-winning opus Shower, Zhang Yang directs this biographical film concerning and starring Chinese film icon Jia Hong-Sheng, who starred in such groundbreaking works as Suzhou River and Frozen. Following initial professional success, Jia falls into a spiral of depression and drug abuse. Soon he drops out from Beijing's acting scene, withdraws from friends, and locks himself in his apartment listening to old records. His parents, who run a small theater troupe in a remote corner of Northeast China, are elated over their son's success but grow increasingly concerned with his anti-social behavior. Soon they, along with the entire population of the apartment building they live in, venture to Beijing hoping to get Jia out of his funk. Eventually, Jia is committed to a mental institution that makes the one in Titicut Follies look like a trip to Disneyland. This film was screened at the 2001 Toronto Film Festival.

Jia Hongsheng
as Himself

An Bin
as Art Director of Quitting

There are no featured audience reviews for Quitting at this time.