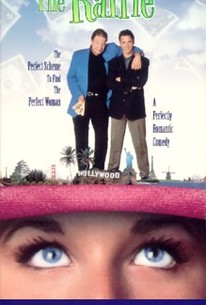 How much would a man pay to go out with the prettiest woman on Earth? Two guys think they have a pretty good idea in this comedy. David Lake (Nicholas Lea) and Frank Palmer (Bobby Dawson) are two less-than-scrupulous entrepreneurs who are looking for a way to make a fortune the fast and easy way. One day, Frank comes up with a promising idea -- sponsoring a nationwide raffle in which the winner gets to go on a date with the world's most beautiful woman. David agrees that the idea has potential, and soon David and Frank print up 500,000 tickets selling for ten dollars each. The five million income will pay for an upscale dream date and leave enough left over to make David and Frank multimillionaires. Tickets sell like hotcakes, but now Frank and David have to find the world's most beautiful woman, and persuade her to go out with a perfect stranger who's paid ten bucks for the privilege. Finding the right woman proves to be an uphill battle, and it doesn't help when David finds himself falling in love with Margot (Jennifer Clement), a woman working in David and Frank's office who is just a bit offended that she hasn't been considered for the competition. The Raffle also stars Mark Hamill and Jay Underwood.

Critic Reviews for The Raffle

There are no critic reviews yet for The Raffle. Keep checking Rotten Tomatoes for updates!

Audience Reviews for The Raffle

There are no featured audience reviews for The Raffle at this time.