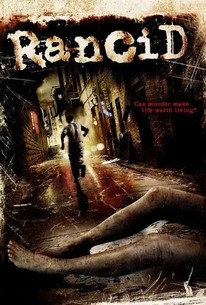 A tormented young writer with a once-promising career experiences an existential crisis that leads him down a nightmarish path of passion, deceit, and murder. John Hayson is a writer whose career was derailed by personal tragedy. Though there was once a time when John was struggling to meet multiple deadlines, these days he strains just to earn the occasional freelance job. As his lust for life fades and his worldview becomes increasingly cynical, John finds himself suddenly pulled back from the brink when he reconnects with his one and only true love. It was a guiding ray of sunlight in a pitch-black forest, and it was the one thing that should have given John the strength to get his life back on track. Suddenly, fate deals John a cruel hand when police single him out as the main suspect in a horrific murder. Now, as the police track him though the streets and darkness clouds his every thought, the anguished writer will be forced to choose between succumbing to his darkest desires or following the one beacon of hope that could prove his saving grace. ~ Jason Buchanan, Rovi

There are no critic reviews yet for Rancid. Keep checking Rotten Tomatoes for updates!