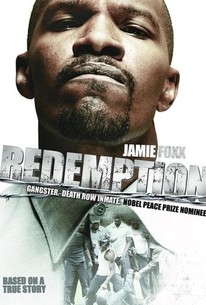 Jamie Foxx once again brilliantly demonstrates his acting chops as Stan "Tookie" Williams, the South Central Los Angeles native who, at the age of 17, co-founded the infamous Crips street gang. If one is to believe the script of this made-for-cable film, Williams hadn't intended the Crips to wallow in crime and violence; instead, he'd hoped that the gang would form a united front to protect his 'hood from other gangbangers. Needless to say, it didn't turn out that way, and within a few years of its 1971 formation, the Crips was the biggest and most powerful gang in the country, with branches in virtually every state. Ultimately, Williams is charged with murder and sentenced to San Quentin's death row in 1987. There he experiences an epiphany and becomes an advocate for peace, harmony, and tolerance, writing children's books that preach against the lure of street gangs. As the years roll by and the date of his execution draws closer, Williams manages to negotiate a peace between the Crips and their chief rivals, the Bloods, and even manages to receive three Nobel Prize nominations. Lynn Whitfield co-stars as Barbara Becnel, the crusading journalist who helped Williams see the light -- not so much to save his soul, but to prevent a similar fate from befalling her own son. Although considerable liberties are taken with the facts, Redemption: The Stan "Tookie" Williams Story neither glamorizes nor excuses its title character, nor the "gangsta" culture that he so enthusiastically embraced in his youth. After a showing at the Sundance Film Festival, the movie made its FX network debut on March 3, 2004.