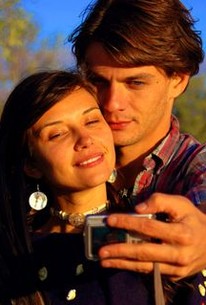 Crime and retribution take a violent turn on a Native American reservation in this independent drama from writer and director Steven Lewis Simpson. The Pine Ridge Indian Reservation in South Dakota is one of the poorest communities in the United States, and it's where Harmony (Tamara Feldman), a beautiful young woman of Lakota heritage, was born and raised. Harmony has fallen in love with Scott (Trent Ford), a white man from a privileged family who is struggling to make it as a musician. Scott borrowed some money from Jaws (Chris Robinson), a mean-spirited loan shark, and when he ran afoul of the law and spent several weeks in jail, Scott discovered Jaws was waiting for him when he was released, demanding his money with interest. Scott remembers that he stashed some drugs inside his guitar and figures he can sell the dope and use the money to pay off Jaws, but when he heads to Harmony's place at Pine Ridge, he finds both she and their belongings are missing, and he realizes that squaring things with the short-tempered Jaws and his crew won't be easy. Also starring Native American activist turned actor Russell Means, Rez Bomb was an official selection at the 2008 Montreal World Film Festival.

There are no critic reviews yet for Rez Bomb. Keep checking Rotten Tomatoes for updates!

There are no featured audience reviews for Rez Bomb at this time.