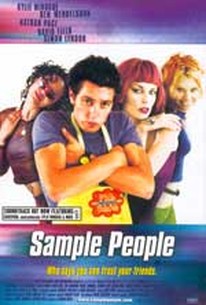 Dubbed an Australian Pulp Fiction for the rave generation, this slick, achingly-cool crime drama is set in seedy Sydney neighborhoods not likely found in the glossy pages of summer Olympic tourist brochures. TT (David Field), a violent and very wealthy drug lord, is betrayed by his mistress Jess (pop-sensation Kylie Minogue) and her beau Andy (Simon Lyndon), who plan on robbing him of cash and dope. Unfortunately, TT is hip to their scheming. Meanwhile, rock musician Sem (Joel Edgerton) has a vision that his girlfriend Cleo (Paula Arundell) is in peril. Sem wants to start a new life with her far away from the city, but his plans are hampered by the weirdly-epicene John (Ben Mendelsohn) who leads them astray. At the same time, Len (Nathan Page), who works a thankless job at a falafel stand, pines for the fetching young lass DJ Lush Puppy (Nathalie Roy). Finally, there's Joey (Justin Rosniak), a rather thick kid who thinks that he's a gangbanger straight outta Compton. His friend Gus (Matthew Wilkinson) realizes that his buddy has a gun and is dumb enough to use it. ~ Jonathan Crow, Rovi

Justin Rosniak
as Joey
View All