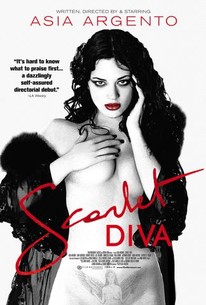 Shot on digital video, this no-holds-barred, semi-autobiographical film from Italian actress/model Asia Argento presents the bleak decent of a popular actress into a haze of drugs and overindulgence. Anna Battista (Argento) has seemingly everything anyone could ever want, yet sometimes everything is never enough. Fed up with going through the motions as an actor, Battista aspires to seek a career as a director so that she may truly explore her currently latent artistic talent. The queen of excess, Battista's attempts to realize her true talent are time and again shattered as the she is used and abused by everyone she comes into contact with. After a one-night fling with an emotionally distant and uncaring Australian rock star (Jean Sheperd) leaves the self-confessed whore a lovelorn mother-to-be, Battista's desperation to bring her story to the screen finds her dealing with a shady American producer (Joe Coleman), an agent reluctant to assist her in branching out, and a heroin-addicted former filmmaker who is as close to ending his life as Battista is to beginning hers. Her career in disarray and her uncertain future growing increasingly grim, Battista embarks on a numbing binge of sex and drugs that takes her from Europe to America and back again. Attempting to seek-out the father of her unborn child and find some sense of stability, Battista finds the truth about her one-time lover.

Robert Sommer
as Cesare, the Actor

Gloria Pirrocco
as Anna as a Child

Leonardo Servadio
as Alioscia as a Child

26 Directors Who Followed In Their Fathers’ Footsteps
View All