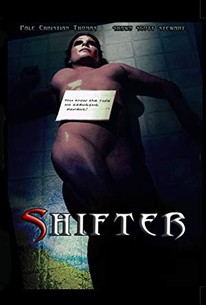 Carry (Janessa O'Hearn) is still grieving over the recent death of her brother. She organizes a weekend get-away with her friends to the family cabin, only to discover her brother Ryan (Pale Christian Thomas) is not deceased, mysteriously showing up, without memory of who he is. Meanwhile Carry's two best friends, Michelle (Nicole Watson) Ryan's ex-girlfriend, now looking to rekindle the flame, having never gotten over him; while Robyn (Lia Como) is just the opposite, uneasy from the moment he entered the cabin, quietly analyzing everything about the unexpected new guest. The other friends, lead by Nigel (Brett Wise), Bailey (Nathan Dashwood) and Terry (Wade Gibb) are too stoned to know any better or even care, as long as getting laid is involved. Enter Clea (Tamara Prescott) and James (Drew Taylor) the eldest and more skeptical of the group, unclear who is telling the truth, that is until Ryan's true identity is revealed, taking this situation on a twist, that no one saw coming.

Brett Wise
as Nigel
View All

There are no featured audience reviews for Shifter at this time.