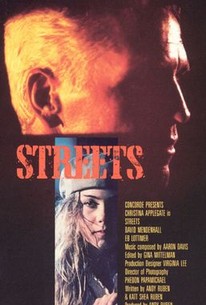 The often grim and gritty lives of runaways living in the streets of LA provides the basis for this provocative thriller that presents the plight of these survivors in a realistic, nonexploitive way as it tells the story of Sy, a clean-cut kid from Santa Barbara who has pedaled his bike to LA to pursue his dream of becoming a rock star. He is not there long before he finds himself saving the life of a prostitute who is being threatened by one of her johns. Before the would-be killer leaves, the hooker scratches his face and he vows that he will return to finish the dirty deed. Dawn then takes charge of Sy and introduces him to her grim life while they try to keep ahead of the murderer. She takes him to the drain pipe where she and other kids, including an 11-year-old live. Eventually Sy discovers that Dawn is a drug addict and that she was born addicted thanks to her mother, another whore. Meanwhile, the killer (a cop/serial killer who fears that Dawn can positively identify him) begins knocking off Dawn's friends and associates one-by-one. Sy then gets robbed and Dawn is placed in grave danger by one of her clients.

Starr Andreeff
as Policewoman on Horse

Bob Gray
as Cowboy
View All

There are no featured audience reviews for Streets at this time.