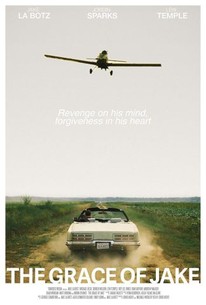 The Grace of Jake

The Grace of Jake Videos

The Grace of Jake Photos

Fresh out of prison, drifter musician JAKE HAYNES steals a car and says goodbye to California. His destination is Palestine, Arkansas, population 678. It's here among the cotton fields and gravel roads where his father HENRY HAYNES lives and works as a crop duster pilot. Jake has never met his father, but holds him responsible for all of life's troubles--failure, jail, the death of his mother. Jake travels to the mid-south with the intention of revenge. However, once he gets to this small town big things start to happen. It's here with nothing that he finds everything--life, love and a gospel record contract. And Jake learns that his momma may not have been quite so innocent through it all. Jake soon becomes part of a colorful ensemble cast that is as authentic and soulful as it gets. The Grace of Jake is a movie about people, the characters just as important as the location. This indigenous musical movie has the heart and feel of a foreign film, but its country of origin just happens to be the Arkansas delta.

Critic Reviews for The Grace of Jake

Audience Reviews for The Grace of Jake

There are no featured audience reviews for The Grace of Jake at this time.

The Grace of Jake Quotes