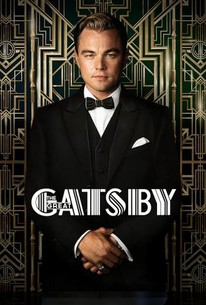 While certainly ambitious -- and every bit as visually dazzling as one might expect -- Baz Luhrmann's The Great Gatsby emphasizes visual splendor at the expense of its source material's vibrant heart.

"The Great Gatsby" follows Fitzgerald-like, would-be writer Nick Carraway (Tobey Maguire) as he leaves the Midwest and comes to New York City in the spring of 1922, an era of loosening morals, glittering jazz, bootleg kings, and sky-rocketing stocks. Chasing his own American Dream, Nick lands next door to a mysterious, party-giving millionaire, Jay Gatsby (Leonardo DiCaprio), and across the bay from his cousin, Daisy (Carey Mulligan), and her philandering, blue-blooded husband, Tom Buchanan (Joel Edgerton). It is thus that Nick is drawn into the captivating world of the super rich, their illusions, loves and deceits. As Nick bears witness, within and without of the world he inhabits, he pens a tale of impossible love, incorruptible dreams and high-octane tragedy, and holds a mirror to our own modern times and struggles. -- (C) WB

Jason Clarke
as George B. Wilson

John Sheerin
as The Police Captain

iOTA
as Trimalchio the Orchestra Leader

Mark Lemon
as The Professor

John Maumau
as The Boxer

News & Interviews for The Great Gatsby

Box Office: Star Wars #1, Crosses $800M
Parental Guidance: One Direction: This is Us and Getaway
RT on DVD & Blu-Ray: The Great Gatsby, Pain & Gain, and More
View All

Critic Reviews for The Great Gatsby

Audience Reviews for The Great Gatsby