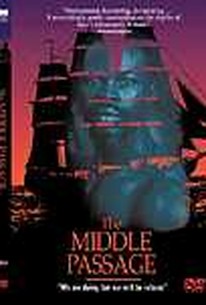 The ugly realities of the slave trade and the horrible toll it took upon the Africans who fell into its trap are explored in this drama. Filmed largely without dialogue, Passage Du Milieu follows a vessel filled with captured men, women, and children being shipped from Senegal to America. While the ship is designed to hold 300 slaves, many more are stuffed into the hold and the captives begin to succumb to sickness, neglect, and disease, with some simply tossed to the sharks to make more room. Starvation, brutality, and rape are common occurrences on the ship, and the handful of slaves strong enough to stage an uprising are quickly put down by the bullets of their captors. When the ship finally arrives in America, nearly half the passengers have perished -- with the survivors left to a fate nearly as awful as that of their fallen comrades. Most of the Africans on board do not speak; their collective thoughts are expressed in narration by one passenger, Maka Koto. Passage Du Milieu was first shown in North America at the 2000 Toronto Film Festival, where it was screened as part of the "Planet Africa" series. ~ Mark Deming, Rovi

Critic Reviews for The Middle Passage

Audience Reviews for The Middle Passage

There are no featured audience reviews for The Middle Passage at this time.