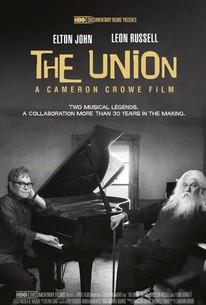 In the 1960s, Leon Russell was a successful producer, songwriter and session musician who worked behind the scenes with some of the biggest names in the music business, from Bob Dylan to Frank Sinatra. In the 1970s, Russell became a full-fledged rock star, sharing stages with the likes of George Harrison, The Rolling Stones and Joe Cocker as well as releasing a handful of Top Ten albums that fused rock, R&B and country. But Russell was musically inactive through much of the 1980s, and when he returned, his audience had dwindled to a tiny cult following, and he depended on steady road gigs to stay afloat. In the 1970s, Elton John was a serious fan of Russell's music, and often cited him as an influence on his piano and songwriting style; in 2010, he felt it was time the world got reacquainted with Leon Russell's music. John approached Russell with the idea of making a collaborative album, with T-Bone Burnett producing the project, and the two very different men, united by their love for music and respect for one another's talent, got to work. Filmmaker and former rock critic Cameron Crowe was invited to document the creation of the album, and The Union follows the process from the first songwriting sessions to the final recording sessions. Featuring guest appearances by Neil Young, Brian Wilson, Booker T. Jones and Bernie Taupin, The Union (also the title of John and Russell's album) was the opening night attraction at the 2011 Tribeca Film Festival.

Critic Reviews for The Union

Audience Reviews for The Union

There are no featured audience reviews for The Union at this time.